Why Is Solar Energy Growing So Fast In Florida?

The solar energy market is growing by leaps and bounds in the state of Florida. One reason for this is obvious enough – it’s The Sunshine State, after all, benefiting from more hours of annual sunshine than most other US states. But there’s more.
Find out some of the reasons why so many other Florida homeowners and business owners are investing in solar installation as we move into the 2020s.

1. Solar Systems Cost Less In Florida
Currently (as of 2019), solar panels are priced at about $2.63 per Watt in Florida, which is below the national average of nearly $3.00 per Watt. How much you spend (and save) will depend on how big your solar system is. Many can do well with a 6-kilowatt system, which could cost around $15,000 to install.

In Florida, many build larger systems of 9 to 10 kilowatts so as to take advantage of the lower cost per Watt of solar installation and operation. That means a cost of between $15,000 and $20,000 for many – before valuable incentives reduce that price tag.

2. The Cost of Solar Is Falling In Florida
Solar energy costs are dropping from year to year in Florida. That means there is a (pardon the pun) bright future for solar energy in The Sunshine State. One reason is the nationwide drop in the cost of solar panels and the simultaneous boost in the productivity and efficiency of the new panels.

But the existence of particularly valuable solar power incentives in Florida also does a lot to help. Plus, the 2016 solar amendment failed to pass, and many think it would have curtailed the solar industry in Florida. As it stands, some predict 1900% growth for solar in Florida between 2020 and 2025.

3. Electricity Prices Are Lower In Florida
Currently, electric prices are lower in Florida than in many other states. This might seem like it would decrease the value of solar savings, but it actually relieves some of the pressure of solar installation.

Here’s how. You aren’t losing much if you don’t size your solar system perfectly and still have to pay a small electric bill. If someone, say, only builds a system to cover 75% or 90% of their usage, the lower electricity prices mean the remaining electric bill won’t be that much.

4. Net Metering Is Near-universal in Florida
When thinking about installing solar panels on your roof, you have to consider how you will save money and how you will store extra power. Buying a battery is a good idea, but an excessive amount of solar battery storage space could cost a lot.

In Florida, all major utility companies offer net metering, which means you essentially store your surplus solar power on the grid and get it credited back to you. You could even end up with the utility company owing you money!

5. Solar Research & Development Is Big In Florida
The Florida Solar Energy Center at the University of Central Florida makes one of the biggest contributions to solar energy research in the USA. The FSEC continues to make contributions to solar tech advancements every year. Being a center of solar research and industry tends to make a state “friendlier” to solar power interests – which bodes well for the future.

To learn more or to get a free quote on full solar installation services in Central Florida, contact Sheegog Contracting today! 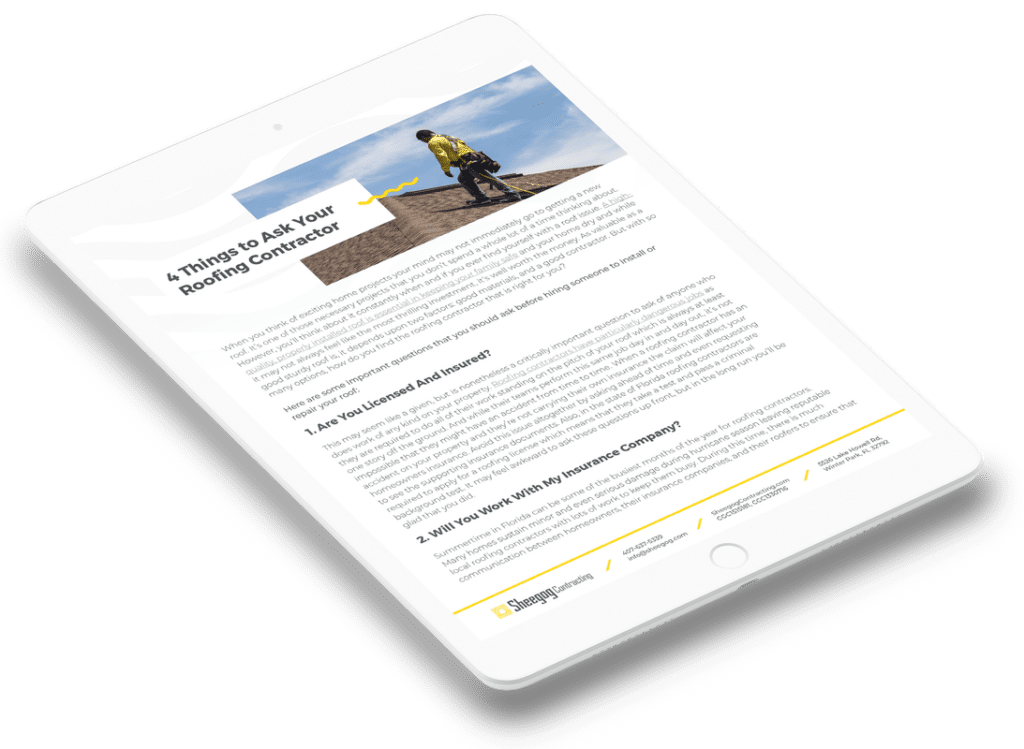